Long venerated in Buddhist cultures, Sandalwood Album was used to carve the first known sculpture of Buddha - the nearest thing to the physical presence of such a karmically perfect person. As hundreds of millions of Buddhists celebrate Vesak day globally, we explore the significance of Sandalwood in Buddhism.

For Buddhists, the first full moon in May – which in 2017 falls on the 10th - is a day of special significance. Known as Vesak Day, it’s the anniversary of the three most important life events of Buddha: birth, enlightenment and death. For hundreds of millions of people around the world, it’s a time for paying respect through symbolic offerings and spiritual practice. And with its long tradition as a venerated material, sandalwood has a rich history in these rituals.

Historian James McHugh, the author of Sandalwood and Carrion: Smell in Indian Religion and Culture, says it can be hard for Westerners to appreciate the esteem in which Santalum album (also known as white sandalwood, 印度檀香, Indian sandalwood or old mountain sandalwood) has been held in Asian cultures for thousands of years. “It can be compared to jade in China perhaps,” says McHugh. “It was essential adornment both for important people and for the gods in temples. We can’t know exactly how much it cost, though clearly it was very precious and was stored in treasuries.” 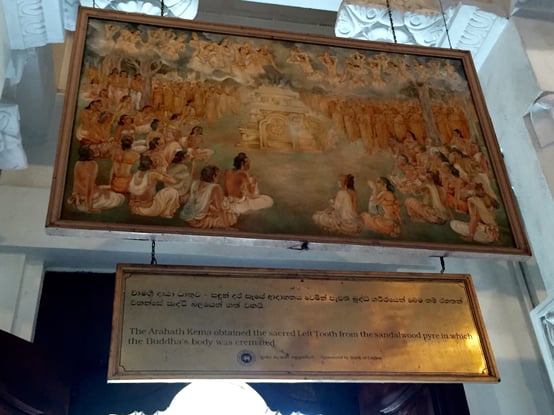 Early Buddhist texts also speak of the first known sculpture of Buddha being chiselled from the sweetly fragrant wood during the 6th century BC. Pilgrims travelling along the Silk Road carried copies of the auspicious icon, and by the second half of the fifth century, carved Buddha images had become widespread.

“Effectively when they wanted to make a substitute for this enlightened man – a human who had conquered death and suffering – they chose to make it out of prestigious, beautifully coloured and perfumed sandalwood,” says McHugh. “Apparently, it was the nearest thing to the physical presence of such a karmically perfect person.”

Sandalwood is today used in modern-day Buddhist practice. Sandalwood incense calms the mind while allowing it to remain alert, so it is a preferred material during meditation and rituals. But it has spiritual significance too. As the incense burns away, it represents the incineration of negativity to reveal the pure self. It is also considered a sacred offering; a tool for carrying prayers up to the gods, so only high-quality incense is lit during important ceremonies.

In China, practising Buddhists familiar with Sandalwood believe Old mountain Sandalwood is one of the best incense to offer the gods; creating a gateway between heaven and earth.

Wooden prayer beads, known as malas, are instruments for meditation and prayer. Buddhists hold malas in special regard, believing them to be a living, breathing entities that contain their own energy and have the power to repel negative forces – from both places and people.

When Buddha died in 543BC, his body was cremated on sandalwood. Even today, Indians add the wood to funeral pyres; believing its fragrant wreaths of smoke carry the soul to its next life. 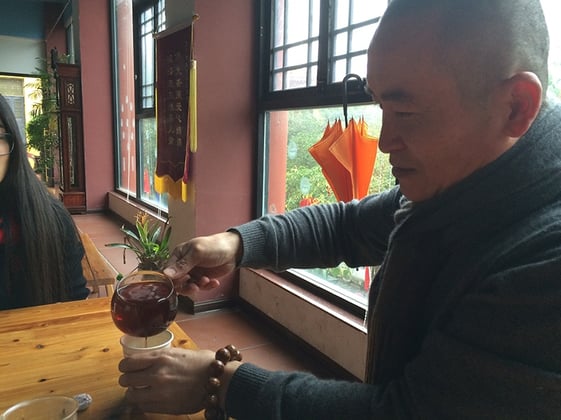 Accordingly, Buddhists place great importance on the provenance of the sandalwood used for malas and incense. The life of the tree – it’s upbringing – is said to determine the energy possessed by the wood. “It’s very important for sandalwood not be mistreated,” says Jingxi (净西), a practicing Buddhist who lives in Xiamen, China (pictured). Trees that have been illegally harvested are considered tainted.

“In India there has been a big problem with over-exportation, and a black market has resulted from illegal harvesting,” says Quintis’s head of head of R&D Andrew Brown. “Other sources such as Indonesia and East Timor have been severely overharvested as well.”

The sandalwood tree is one that demands more care than most; it builds symbiotic relationships with host trees throughout its slow-growing life, and requires attentive management to ensure it receives enough sunlight.  Like the Buddhist teachings of wisdom, determination and patience, each tree must be nurtured and protected over its 15 year lifecycle to develop rich, oil-bearing heartwood: the foundation of the tree that delivers its sweet, woody aroma.

As Buddha himself said: "Understanding is the heartwood of well-spoken words."

As Buddha himself said: "Understanding is the heartwood of well-spoken words."

To learn more about how we ensure we create pure, aromatic Sandalwood Album beads and heartwood powder for incense, visit our wood page.