A precious oil on the verge of extinction, Indian sandalwood is enjoying a sustainable renewal in the form of Sandalwood Album* – a wellbeing super-ingredient nurtured Australia’s pristine tropical north.

*The ingredient name Sandalwood Album is given to protect and ensure our exceptional, pure Indian sandalwood is recognised worldwide by our consumers, partners and the market.

It was as prized as jade or gold, said to elevate its owner to godly status. In ancient Ayurvedic and Chinese medicine it was prescribed for everything from curing stress to achieving enlightenment (scientific research has lent some weight to these claims). And its intoxicating fragrance is as lusted after by modern French perfumers as ancient Indian bluebloods. Is it any wonder Indian sandalwood (Santalum album) oil is arguably one of the most coveted liquids in history? 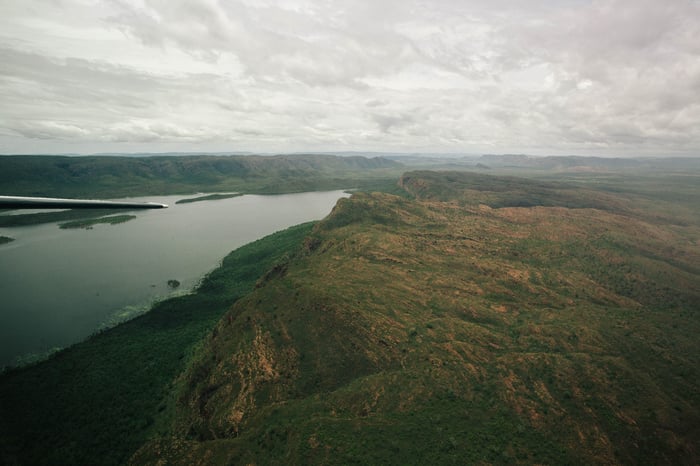 In a remote corner of Australia’s lush tropical north, Indian sandalwood is experiencing a rebirth. Quintis (formerly TFS) has nurtured and protected this precious tree with 12,182 hectares of plantations, creating the world’s first and only sustainable supply of Indian sandalwood: Sandalwood Album. But for years, it was threatened to die out.

Back in the vibrant bustle of ancient India, “Anyone who was anyone had to possess some and to use it,” says historian James McHugh, author of Sandalwood and Carrion: Smell in Indian Religion and Culture. “No king could be a king without it, and it was essential adornment both for important people and for the gods in temples.” In ancient Egypt, the oil was used in burning rituals to venerate their gods, while Hindus used an Indian sandalwood paste made by priests to decorate the icons of deities. Even the first known statue of Buddha was made from Indian sandalwood. “It was apparently the nearest thing to the physical presence of such a karmically perfect person,” says McHugh.

Indian sandalwood has always been as scarce as it is revered.

“Even within India it was seen as somewhat exotic, from far away places, dangerous mountains in the south, or magical distant islands,” says McHugh. “Many references in poems and proverbs mention the idea that the sandalwood trees are infested with snakes – and thus both beautiful and lethal.” 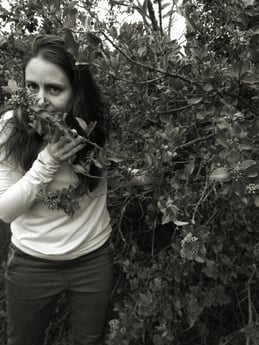 It’s a fitting metaphor. In 2015, 20 people died in a furious struggle between Indian police and sandalwood smugglers. And bloodshed on sandalwood’s history books is nothing new. “Sandalwood is so incredibly political,” says conservationist Susan Leopold from United Plant Savers. “It goes way back. It’s a very touchy subject for a lot of countries and a lot of people.”

In 1792, the Sultan of Mysore made sandalwood’s kingly ties official by declaring it a royal tree, meaning no individual could grow it. The law stands in India today, with all sandalwood owned by the government. As the gap between supply and insatiable global demand gaped ever wider, prices surged. And a black trade worth millions of dollars was born.

Sandalwood teeters on the edge of extinction

It’s been estimated more than 90% of Indian Sandalwood in the marketplace is sourced from illegally harvested wood. With trees axed often well before their time, the marketplace is flooded with inferior products. Worse, sandalwood teeters on the edge of extinction.

“Everything is changing so incredibly fast,” says Leopold. “Technology, how we manipulate the land, how quickly we’re losing ecosystems and natural habitats… We’re really at the tipping point where we can see species of value disappear from the landscape. And nobody’s connecting the dots.” 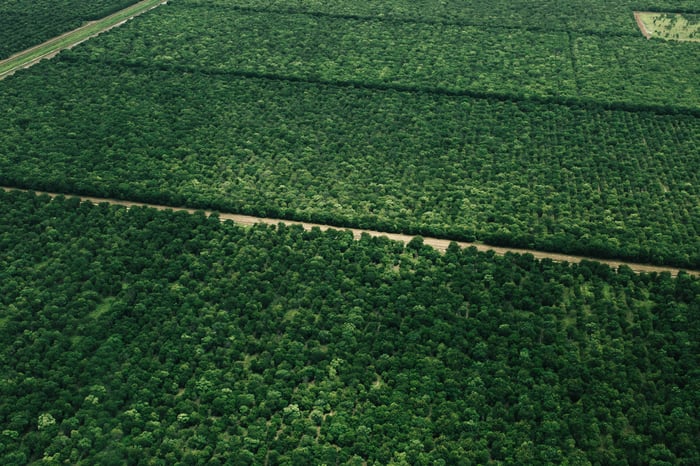 She ticks off the warning signs: Sandalwood does not reproduce easily. It’s hemiparasitic, meaning it needs a delicate ecosystem of host plants to thrive. Decades pass before the trees reach maturity. And, of course, demand well exceeds its supply. All this places it as one of the most endangered plant species in the world. “Out of all the plants we’ve evaluated for at risk status, sandalwood scores the highest,” says Leopold. “It’s the perfect storm.”

But in the unlikely place of north of Australia, Quintis offers a bright spot.

Formed in 1997 following successful government trials, Quintis works on a sustainable growth model. Each tree harvested is replaced, and the plantations’ complex ecosystems support thriving biodiversity. Twenty years later, and Quintis has created a traceable supply of the purest, most potent Sandalwood Album – a wellbeing super-ingredient with a trust mark to symbolise its authenticity. 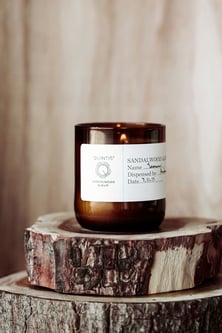 “Where possible, we want to encourage conservation of the species through cultivation – that’s our mantra at United Plant Savers,” says Leopold. “Quintis is a model project because it took a long-term vision to do this agroforestry project to really create a sustainable model for sandalwood.”

The steady supply can ease the pressure on the Indian sandalwood trade, she says, possibly preventing deadly smuggling. It also helps satisfy the demand from the perfume industry and essential oil world for its inimitable scent.

“A lot of products we think are sandalwood are synthetic, not actual sandalwood – there’s a lot of imitation stuff on the market,” explains Leopold.

But, she says, you can’t fake Indian sandalwood.“It goes back to the significantly spiritual and religious use of the plant,” she says.  “It’s something you just can’t replace.”